Located in one of the most prominent and visible corners of Downtown Los Angeles Olympic Tower will house a variety of uses (Retail, Offices, Hotel and Condominiums) compatible with the existing urban environment.

The project has been conceived (along Olympic Boulevard) as a metaphorical “bent salutation” to the Entertainment area (LA Live, Staples Center, Nokia Center, etc.), while creating South facing landscaped elevated open atrium at the Condominium amenities and Hotel levels.

The 58 story iconic building is designed as a monumental urban tree (vertical gardens integrated to a kaleidoscope like landmark) where real vegetation is combined with digitized landscape and graphic art images, growing along its structural grid contained within its double glass surfaces.

At the street level the project is pedestrian friendly, utilizing the side alley to provide all the vehicular access to the different functions and levels while maintaining the sidewalks and parkways along Figueroa Street and Olympic Boulevard for the exclusive uses of pedestrian traffic and potentially sidewalk seating. The Retail ground level and upper two floors are designed to encourage the flowing connection to the pedestrian traffic by waving its storefronts and accesses to the main lobbies.

The structural component is part of the architectural expression, wrapping the building around its entire perimeter, eliminating interior columns at the free standing tower and culminating at the roof top with a structural trellis tying the vertical structural grid.

The underground parking (directly accessed from the side alley) is dedicated solely to the residential units while the above ground parking garage provides 24hr/7 days a week valet service for the commercial (retail and offices) and the hotel use. Both parking areas provide as well bicycle parking.

The building design recognizes its adjacency to the Historic Figueroa Hotel by detaching the tower above the hotel roof level, and the Olympic Tower Figueroa Street’s facade is designed in more sensitive scale, addressing the first levels of the tower to be more compatible to the scale of the hotel architecture lower levels.

Given that Olympic Tower is a multi-use complex the building is dealing with several independent vertical circulations connecting the ground floor (City street level) with upper lobbies and amenity floors.

Following City of LA new regulations allowing the substitution of the helipads by special Fire access requirements, the building design provides a fire elevator all the way up to the top of the building. 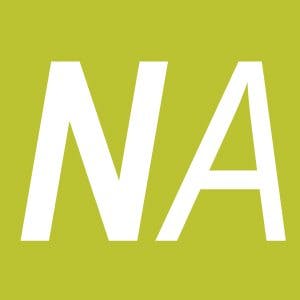 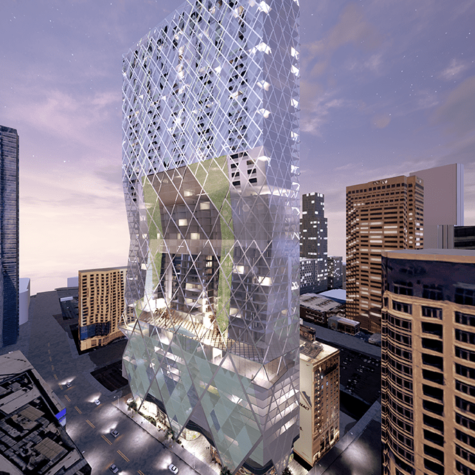 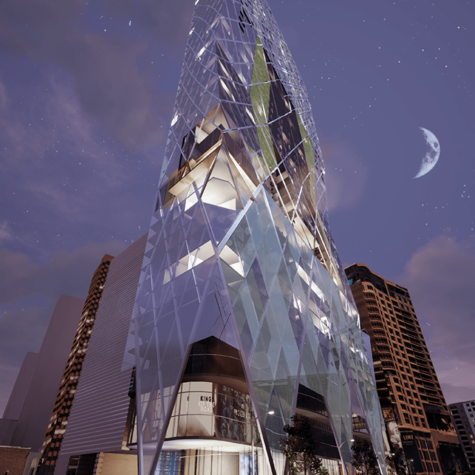 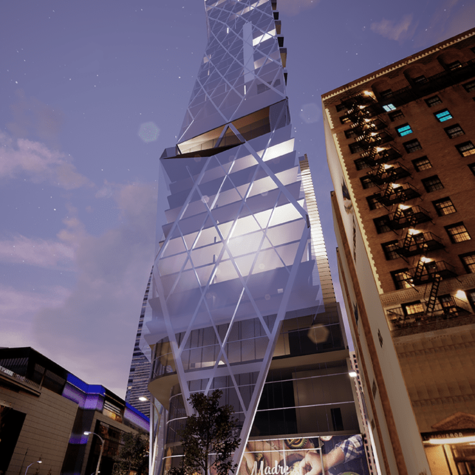 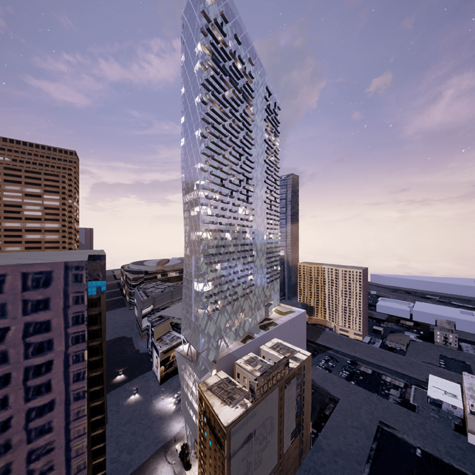 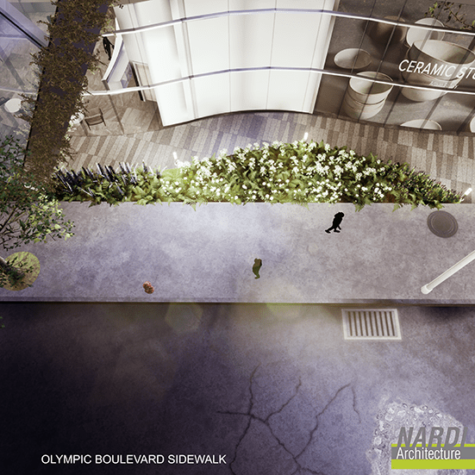 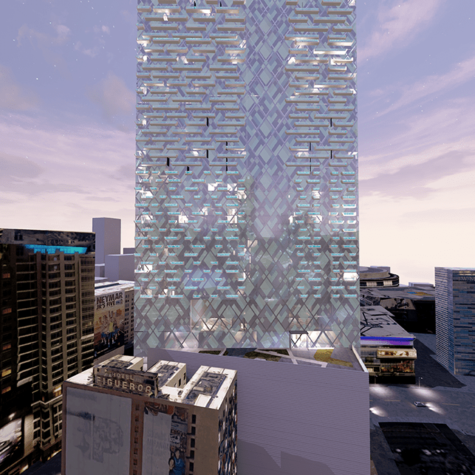 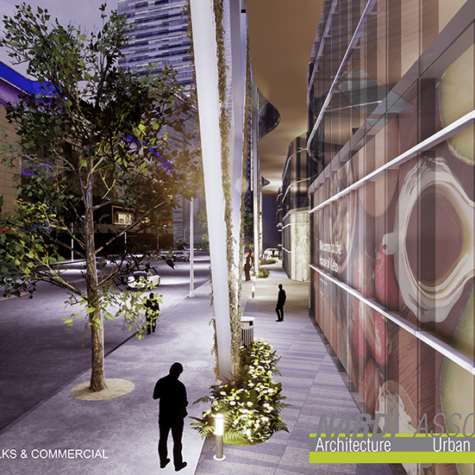 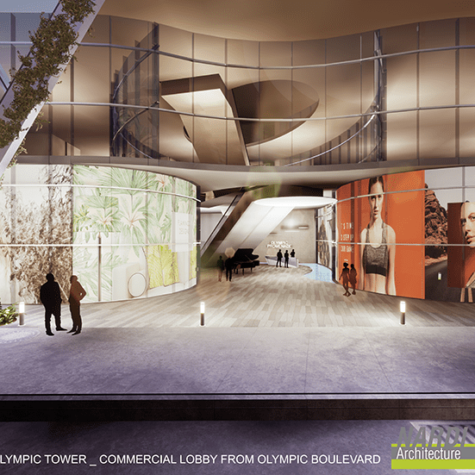